← more from
New West Records
Get fresh music recommendations delivered to your inbox every Friday. 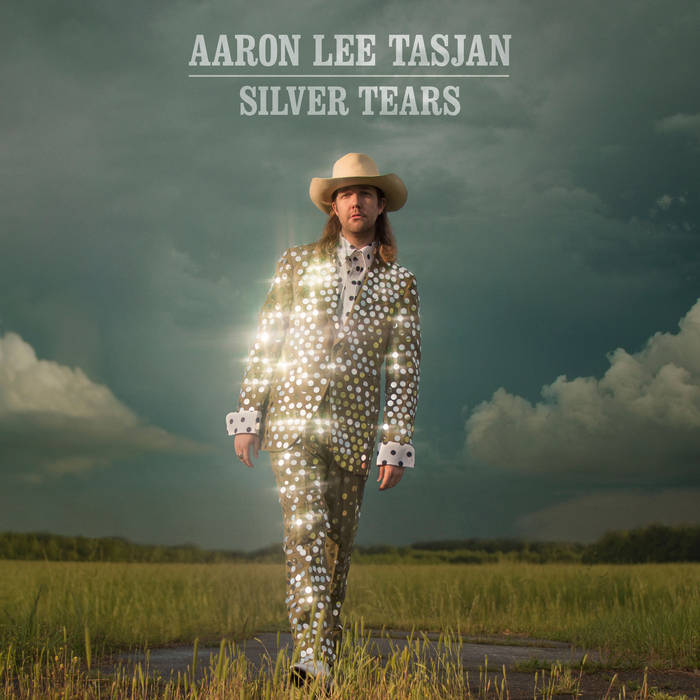 jennifer elias That sparkly jacket drew me in. The twang kept me listening. Can't wait for the full album to release.

Heather Roberts Memphis is my hometown and it holds a special place in my heart. Favorite track: Memphis Rain.

Aaron Lee Tasjan fell over and broke his wrist. “It could have been much worse” he said. “I could have broken my guitar”.

This man is interested in his guitar and his music more than anything else. Even girls. Well, maybe not.

I come not to tell you how incredible Aaron Lee Tasjan is but seeing this is his album I suppose I should make some sort of effort. After all, he’s my dear friend and he’s made three cool albums with me, he and I together and not too untogether on the mushrooms, either. And he came up with that great guitar riff that Jack White plays on my I Believe In Elvis Presley record.

Aaron rides into town with his guitar and his little amp and a bag full of gizmos and a wild suit that would make Lefty Frizzell wince. He’s got the tunes, he’s got the verbal, he’s got the humour and the heartbreak and the hat. “There must be some way outta here” as Bob said. And there is. ALT by name and altitude by nature.

Like Dan Penn and Neil Young, this is white soul that is beyond colour and full of colour, heart to art and vice versa, the voice authentic with the dust of the road. Songs of pain and redemption, of loss and longing and toleration and elucidation and maybe elevation, which way is up? And d’you mind if we have a laugh along the way?

The geography: born in Ohio, now in Nashville via Boston then New York and a spell with its Dolls. Aaron would make me proud to be American if I was American but I’m not so forgive me mentioning it. He’s a liberal, forward-thinking chap who takes digs at himself with a smile and a simile and wouldn’t mind saving the world while he’s at it. Aaron is an American in the best way.

Let’s not kid ourselves here. It’s a strange world and Aaron’s a strange chap and therein lies the beauty of it.

The cat’s songwriting is treble mega in a lineage that embraces The Fabs to Willie and the driest wryness since John Lennon.

Ah, and that ALT guitaring: one moment the finger-prints of the acoustic finger-picking of John Fahey on Owsley, then that ferocious six-string electric twang that leads from lunacy to salvation and beyond. I mean, dig the brilliant bonkers one-note-guitar/piano solo here on the aptly-titled ‘Out Of My Mind’ which is worth the price of admission alone, with our hero sanguinely singing “When I get in my own head I go out of my mind… why is it so quiet when I think aloud..?”

Muddy had an album titled Hard Again. The first song here on Silver Tears is It’s A Hard Life. One iconic, one ironic. The ALT choogle is good, even when he’s hurting or having a go at himself. That’s what great artists do – they’re their own fall-down guys. Unless it’s a bit of bombast of course and then Aaron can out-twang Neil Young Live Rust using only his big toe well no that’s a lie but you get my drift.

Be careful of believing this troubadour all the time. The way he often sings it, he’s mostly stoned out of his tree and more drunk than Hank (who turns up in the song ‘Ready To Die’, fact fans). Whatever the medicine is, dear pal, keep taking it because it suits you. Either that or at times the greatest songwriters are the ones who tell redemptive lies.

Like The Beatles with Tamla Motown, The Stones and their fascination for Chess Records, Dylan’s love first for Little Richard and then for Woody Guthrie, ALT too has his influences – the fab Georgics of the contagious ‘Dime,’ the maybe kneel to Neil of the heart-wrenching ‘Refugee Blues’ where “your conscience becomes thinner than the soles of worn out shoes”. You can imagine Gram having a lonesome warble through ‘On Your Side’ and Mavis kissing the heavens with the benedictions of ‘Where The Road Begins And Ends’. And Aaron could’ve been a Wilbury just fine.

Rock’n’roll, is it simply showbiz or is it ultra mega boogaloo where Gods walk among us, plugged in & shakin’ out the achin’?

I believe in Aaron Lee Tasjan.

Aaron Lee Tasjan, aka ALT, is a songwriter and guitarist and performer. I'd stay away from him if I were you. Big trouble.

Bandcamp Daily  your guide to the world of Bandcamp